Transcreation is perhaps one of the lesser-known language services, but also one of the most important. It just so happens that transcreation was born out of the gaming industry, which gives you an idea of how seriously you need to take it as a games developer.

Gaming and betting were among the first truly global industries and in many ways, they pioneered how we market to international audiences. The standards have been set incredibly high as a result and gamers around the world are now one of the most demanding audiences you could possibly target.

This demand is where transcreation originates and you need to get it spot on if you want players around the world to pick up your game.

With 500 games being launched every day on iOS alone, it’s never been more difficult to get people playing your games. In times of intense competition, it’s the titles with the best marketing campaigns that get those initial buys, downloads or online plays.

The problem with marketing to a global audience though is every campaign you run is full of rich language and messages. These messages rely on a number of linguistic features like idioms, puns, metaphors and even the very concepts we associate with words. These are the kind of linguistic features where literal translation won’t make sense, which means your marketing messages won’t work overseas with traditional translation alone.

Enter transcreation: the creative approach to translating marketing material that resonates with audiences around the world.

A look at Electronic Arts

Electronic Arts (EA) is up there with the best examples of transcreation in gaming. The firm that coined the famous “It’s in the game” slogan knows how to choose the right words that excite gamers long before titles are even released.

All you have to do is compare the firm’s English and Spanish language websites to see how seriously EA takes transcreation. Here, we have two banners for the upcoming EA Play event, which the firm is marketing pretty heavily:

The English campaign runs with the simple, but effective “It’s Time To Play” slogan. Switch to the Spanish campaign and there’s a very different slogan in the works:

Here we have “a completely new event” which has none of the same ring to it when you translate it into English. In Spanish, however, this has a much stronger impact than “It’s Time To Play,” which sounds equally unimpressive when translated into Spanish.

There are similar examples of transcreation across the entire EA website and everything else the brand does. However, transcreation isn’t only there to make your marketing material resonate with international audiences – it’s there to make the in-game experience more engaging too.

Think of transcreation as translation’s more creative cousin and you can start to see where the content of your entire game could need another look. Playful scripts or highly stylised dialogue can quickly become confusing when you rely on direct translation and literal meaning. Transcreation can maintain that humour or edgy style for gamers, even if it takes a different sequence of words to make it happen.

The end result is a more engaging experience for players everywhere – not only from the moment you start marketing to them, but every in-game interaction they have, long after picking up your game for the first time. 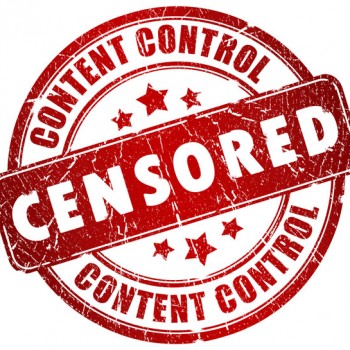