Brazil is one of the world’s biggest gaming markets and it is starting to gain a lot of attention thanks to its huge market potential and rapid growth in recent years. You can expect a lot of competition if you are planning to target the Brazilian gaming market over the next few decades, but publishers who truly understand the country’s gamers will come out on top.

This article provides a snapshot of the Brazilian gaming market and the key factors that need to be considered in your game localisation strategy when targeting this market.

Overview of the Brazilian gaming market

Brazil is the 10th biggest gaming market in the world, based on revenue (USD 2.69 billion), according to the latest insights from Newzoo.

In a separate report, Newzoo describes Brazil as a “mobile-first games market” with 70% of its online population playing games on their mobiles. Brazil is also the world’s fifth largest population of smartphone users with 131.73 million actively using a smartphone.

With a smartphone penetration rate of 61.6%, Brazil still has plenty of room for growth in the mobile gaming market when looking at comparable rates in Germany (80%), Japan (75.2%) and the US (72.1%).

Based on various available reports on the Brazilian gaming market, we have listed some of the most important insights that describe gamers in the country and make this market unique:

Until recently, the majority of gamers in Brazil were female and, even now, roughly 49% of the country’s gaming population is female. Mobile gaming dominates in the country but console and PC gaming is still popular, particularly among male gamers.

English proficiency in Brazil sits at around 5%, placing it in the “low proficiency” category of the EF English Proficiency Index – something game developers need to take seriously if they want to crack the Brazilian gaming market.

Given the relatively low levels of English proficiency in Brazil, quality game localisation is essential for developers looking to target this market. We have covered some of the key characteristics of the gaming market itself but the most important factor in any game localisation strategy is the language you are dealing with.

In this case, we are talking about Brazilian Portuguese and this brings us to the most important point: never settle for European Portuguese when localising for Brazilian gamers. These are two different languages with vast spelling; pronunciation; wording; and some important grammatical differences too (e.g. the creation of verbs from nouns).

Aside from this, Brazilian Portuguese brings some unique challenges to your game localisation strategy such as:

If the aim is to maximise ROI by translating for gamers in Brazil and Portugal, make sure you cater for both languages properly and understand the market differences between the two.

Is your localisation strategy ready for the Brazilian gaming market?

The Brazilian gaming market is one of the most exciting opportunities for game developers right now, but it is important to respect gamers’ demands from such a dynamic country and language background.

Publishers who underestimate the challenges of localising games for Brazilian Portuguese will find out the hard way that it is not something you can do by halves. A comprehensive localisation strategy is required that informs every stage of planning, writing, development and marketing in order to win over Brazilian gamers – as well as a rock-solid, multilingual customer support system to keep hold of them.

French Government Bans English Gaming Jargon: Why & What Are the Implications? 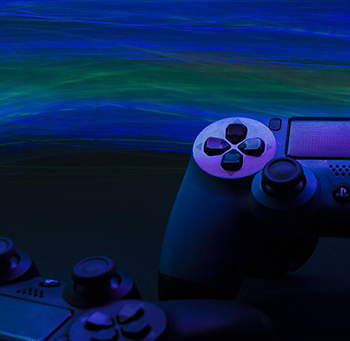