A lot of games get criticised for poor gaming translation and gaming localisation – especially those Japanese titles coming over from the likes of Nintendo. One of the latest to get slated for this is Persona 5 a sleek release from Atlus for the PS4, which combines great visuals and gameplay into what should be a great experience all round.

Except, you never manage to shrug off the frustration of the gaming translation, most notably the game’s dialogue. At a glance, it feels like another typical example of a Japanese game getting lost in gaming localisation for international audiences. After a while, though, you realise this isn’t a game dogged by the hilarious video game localisation fails that’s become a cult status figure for Japanese games in the West.

There’s something more fundamentally wrong with this game.

Again, we’re not criticising Persona 5 from the perspective of gameplay, UI design or anything visual. On those terms, this is a cracking release – and this might be enough for some gamers. However, knowing how seriously modern gamers take gaming localisation, you can’t brush off Persona 5’s niggling shortfall.

As Molly Lee writes for Polygon:

“Personally, I don’t want to pay $60 or more for a product that’s merely “acceptable” at best. I mean, we’re talking about the publisher notorious for the “Atlus tax,” a phrase coined to refer to the company’s tendency to charge $10 more for their games than their competitors on the same console.” 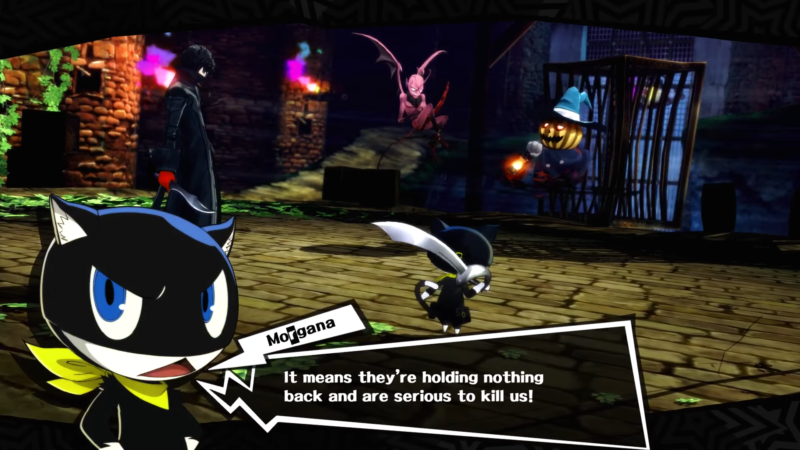 Yes, Atlus actually passes on the cost of video game localisation (and presumably other expenses) onto the end user. Which is arguably justifiable, assuming the end result is up to the quality users are happy to pay for. Clearly, many are frustrated by the premium price tag and subpar gaming localisation that contrasts it.

The amazing thing is Atlus claims that Persona 5 had a huge gaming localisation team working on the title for international audiences. Atlus USA made a pretty big deal about this around the release of the title. However, quantity clearly hasn’t resulted in quality for the gamers who paid for this extensive video game localisation team and all the coffee they must have consumed.

How can such a large team get it so wrong?

In Persona 5, the presence of lazy gaming translation and gaming localisation is painfully obvious. For example, the phrase “It can’t be helped” is used more 25 times throughout the game in various scenarios where it’s clearly not the natural response to the current situation. Responses like “We have no choice” and “Okay, forget it” are lazily muted into a repetitive phrase that few native English speakers would ever choose to mutter.

It reeks of a rushed gaming translation and video game localisation job.

More to the point, it seems like the first scripting stage for the English version of the game set itself up for failure. While six translators and eight editors are listed in the credits for Persona 5, it seems they weren’t able to come up with a single draft of the English script that avoided basic literary mistakes like over-repetition.

Unfortunately, this leaves Persona 5 dangerously outside that group of lucky games that manage to make poor gaming translation hilarious. Instead, it stands as one of those frustrating titles that get pretty much everything right except the core basics of storytelling for international audiences – and it’s a failure that seems to have started with the first scripting session.

Any developer could learn a lot from Atlus and Persona 5 in terms of creating a sleek, visually impressive game. It’s one you really want to love and you almost can. If only the painfully obvious disregard for gaming localisation essentials weren’t there every time a slither of dialogue pops up on the screen.

This is perhaps the biggest lesson to learn from Persona 5: that a lot of hard work can be lost on getting the fundamentals wrong. 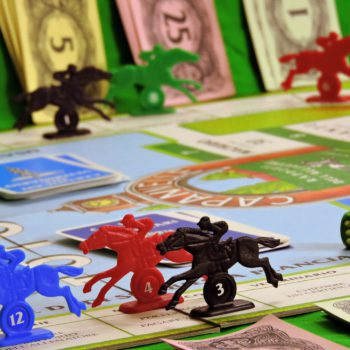 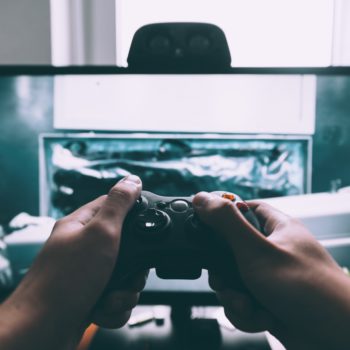