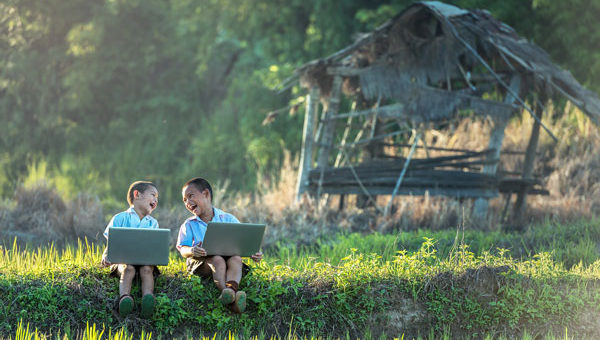 Before you even consider gaming translation, when you’re at the stage of actually building your new game, the first question you should ask is: which markets are we going to target? The global gaming community is getting stronger every year and the internet gives you access to every market around the world.

That said, it takes more than an internet connection to conquer overseas audiences. With all the effort you have to put into gaming translation, video game localisation and marketing, it makes sense to choose your markets wisely. So which are the most lucrative gaming markets in the world right now?

These are the top 10 gaming translation markets in the world

If you want a quick answer to today’s question, here are the top ten gaming markets in the world right now, according to data from Newzoo: 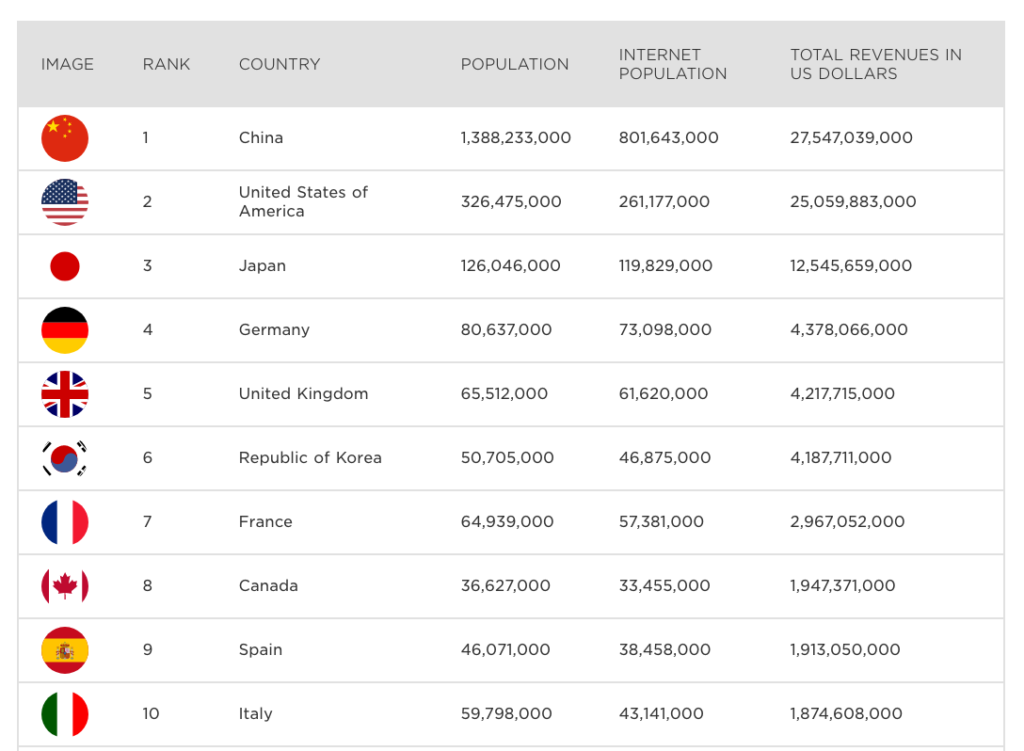 So the good news is you’ve already got two of the top five markets within reach by initiating gaming translation in English. Look at those total revenues for China and Japan, though. Combined with the US, the top three boasts an incredible $65,152,581,000 – more than all the other markets in the world combined.

Of course, translating and localising for China and Japan isn’t the simplest of development projects, but those numbers tell you what’s up for grabs if you get your gaming translation, video game localisation and marketing right.

There’s also the question of languages to consider. France as a gaming market comes in at seventh place but there are plenty of other countries where French is widely spoken. African nations are showing massive growth in the global gaming market – especially sports betting – which makes the continent an attractive proposition right now.

Translating and localising for Arabic opens you up to new sections of Europe, Africa and the Middle East as well – the third fastest growing regional market in the world. 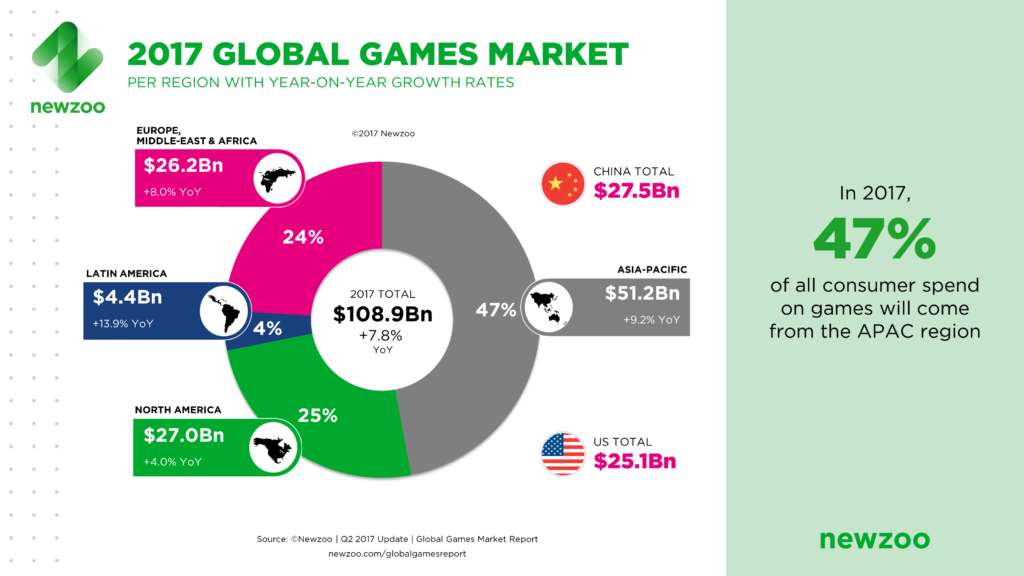 Next on the list of global gaming translation languages is Spanish. Spain itself is the world’s ninth largest gaming market and Mexico sits just outside of the top ten in 12th place. Of course, this doesn’t even touch on all the other Spanish-speaking markets in Central and South America.

Gaming market growth in the Asia-Pacific region is exploding. In fact, 47% of the world’s entire gaming spend this year is expected to come from the region – and more than half of that from China. 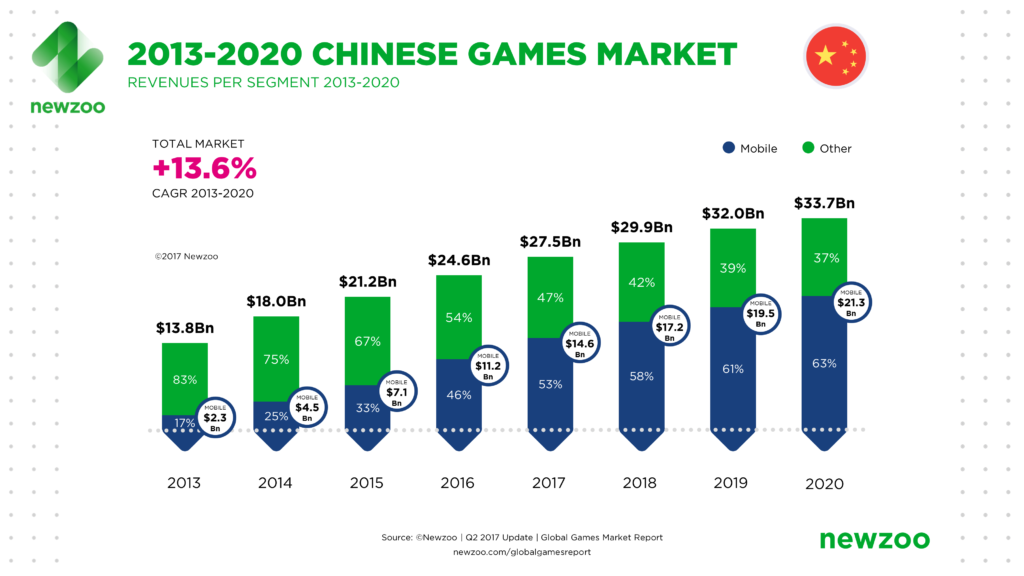 This kind of growth makes Asia hard to resist but there are a number of challenges to cracking this market. Above all, this is one of the most diverse regions in the world – both in terms of language and culture – making gaming translation and video game localisation all the more important. It’s not like South America where Spanish gets you off to a good start for most of the continent.

Translating from English into Asian languages can be particularly challenging, too. Just look at the problems Japanese publishers have with translating and localising their games for English-speaking markets. While the likes of Nintendo get away with a lot, due to the popularity of their titles, smaller and independent publishers don’t enjoy the same privilege.

Yet, despite all the challenges of targeting Asian markets, the rewards can be huge if you’re serious about making it.

Which target markets are you going for?

Market size and potential revenue are only two of the factors you need to consider when choosing your target markets, of course. The first thing you need to understand about any market is the legal environment and any obligations you might have – including content and censorship laws.

Next, you have the cultural considerations to think about. How popular is your game genre in each market, what’s the competition like and how suitable is your specific game to each audience? Cheesy Samurai clichés may not be appreciated in Japan while war genres can always be tricky in certain markets. History in general is always a tough one, as is representation of ethnic or tribal minorities (eg: think Latino gangsters or Native American tribes). Tread carefully.

The more you understand about your target markets and the kind of game you plan to take to them, the better position you’ll be in to maximise your sales there. We understand this can be challenging in itself, so be sure to get in touch with our team of experts if you need more info on how to conduct marketing research and adapt your games for multiple audiences. 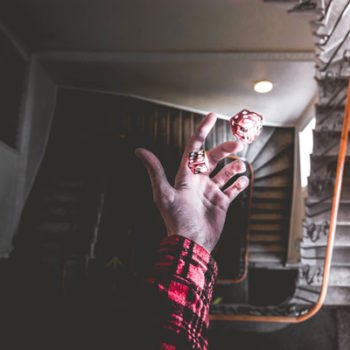 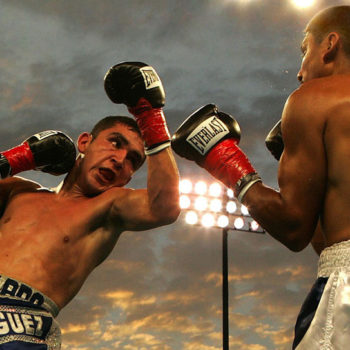